East Coast Power Volleyball is excited to announce the formation of East Coast Power North, a new volleyball club with a mission to grow the game and support players and coaches in the Boston area. 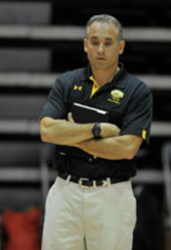 The ECP North leadership team has strong ties to Massachusetts and more than 40 years of combined experience in club, high school and college volleyball. Co-Director Ian Blanchard played varsity men’s volleyball at Westfield State College in Westfield, Mass. and completed his teaching certification at the University of Massachusetts. He has 15 years experience coaching Division 1 women’s college programs, including as the former head coach at the University of Maryland-Baltimore County. As a high school coach he won two state championships and also served as technical director of Time Out VBC, site Director of TCA VBC and boys director of Masters Volleyball Academy.

Coach Blanchard will work alongside co-director Jazna Stannard, who grew up in Hanover and graduated from Purdue University. She is currently the Varsity Coach for Thayer Academy in Braintree, the Varsity Assistant/Head JV Coach for St. John's in Shrewsbury and coaches beach through New England Beach Volleyball. Coach Stannard was raised by volleyball parents who both played Division 1 volleyball at University of Michigan, and she continues to play competitively through adult indoor 6s, outdoor grass doubles through Yankee, WooTown, BSSC, and New Hampshire Volleyball Club and organizes charity volleyball tournaments throughout the year. 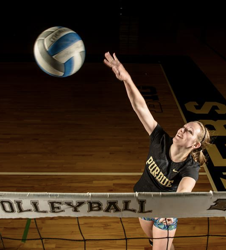 East Coast Power North is a new club based on the winning tradition of East Coast Power Volleyball, which began six years ago in King of Prussia, PA and has grown into one of the most-successful club programs in the country. Last year ECP sent 10 teams to USAV Nationals and in 2018 placed 3rd in the 17-National division. Its boys division, called Club Lehigh Power, sent three teams to USAV Nationals. ECP’s sister club, East Coast Power Chesapeake, has divisions in Delaware and D.C., and in 2019 ECP Delaware also placed 3rd in the country in the USAV 17-National division.

“We know there is a lot of talent and untapped potential in both girls and boys volleyball in New England,” said Brian McCann, executive director of East Coast Power Volleyball. “Our goal has always been to grow the game on the East Coast, and we want to bring the knowledge and experience of ECP to the Boston area to support players, high school programs and USA Volleyball through the New England Volleyball Association.”

ECP North will operate as an independent club registered with USA Volleyball through the New England Volleyball Association (NERVA.) The club will receive technical and administrative support from ECP's divisions in the Keystone and Chesapeake regions. ECP North plans to build girls and boys teams in the Metro West and South Shore areas of Boston. The club will host an Open House on Sept. 15 at Starland Sports in Hanover, Mass from 10 a.m. to 2 p.m., when players can hit the courts and learn more about all ECP has to offer.

“East Coast Power already has proven in Pennsylvania and Delaware that it can share its technical expertise with other regions for the betterment of volleyball on the East Coast,” said Coach Blanchard. “As a college coach, I know that ECP develops great players and supports the college recruiting community. We want to bring that same level of excellence to ECP North and New England volleyball.”

Coach Stannard said she is excited to partner with ECP to grow the game in her community where she works with youth and high school athletes every day. “We have so many young people in the Boston area who want to play and who love this game,” said Coach Stannard. “I’m eager to create a club environment that supports coaches and players with the highest level of training and helps young people achieve success both on and off the court.”

East Coast Power North teams will be supported by Adidas as the supplier of player and coach gear in the club colors of red, white and blue. Team names will be based on Boston history and traditions. In addition to our Open House, ECP North will also host $5 Boys Play Nights in October and November as well as Free Open Gyms, Position-Skills Clinics and Tryouts.

For more information about ECP North programs, go to our new website www.ECPowerNorth.com.